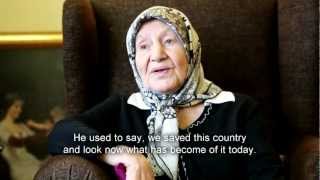 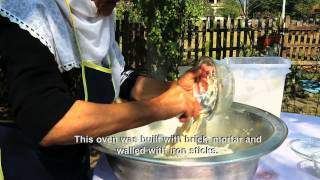 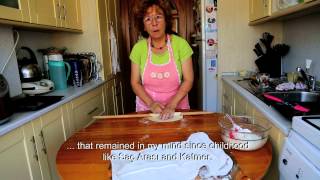 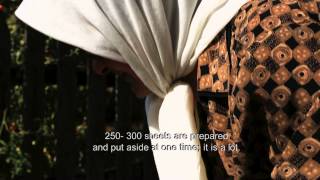 Kete is a flaky pastry filled with flour roasted in butter (roux), mostly famous in Erzurum, Erzincan, Kars and Sivas provinces in Turkey. Kete from each different city has a signature shape, taste and texture. For example, kete from Kayseri is in the shape of a letter. Kars’s kete is a large, whole, round pastry. Some of the kete have a slightly sweet filling with walnuts, while some have savoury filling.  Etymologically in ancient Turkish, kete means a kind of pastry made of dough with or without yeast cooked on ash. According to Evliya Çelebi, a 17th century Ottoman traveller, kete existed among the various kinds of pastries sold in Istanbul’s market. Evliya also refers to kete as a kind of pastry made in Erzurum, Erzincan and Sivas.  It was also a pastry known among the Armenian community in Eastern Anatolia. There, it is called “gata”.

Mix the milk, eggs, olive oil, salt and yogurt in a large bowl and add the fresh yeast dissolved in water.Sift the flour and mix well until soft dough forms. Knead until smooth.Divide the pastry into walnut-sized pieces and roll each piece into a tight ball. Place on a floured surface and leave to rest for 15 minutes under a slightly damp towel.For the filling, melt the butter in a pan with olive oil and add the flour. Brown until lightly golden on a medium low heat. Add salt and sugar and mix. Set aside.Take a piece of pastry and put it on the lightly floured work surface and roll it out into a circle (30 cm in diameter). Spread two tablespoonfuls of the butter-oil mixture over the circle of dough and fold it from each edge in the shape of a big letter.Spread one tablespoonful of the filling over the rectangular shape of dough and fold it again in the shape of a letter and place it on a greased tray.Repeat the 5th, 6th and 7th steps until you finish the dough.Brush the kete with egg yolk and bake them in a preheated oven at 200 Cº until golden brown.Note: You may add crushed walnut to the filling.