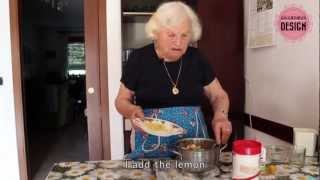 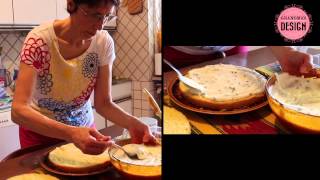 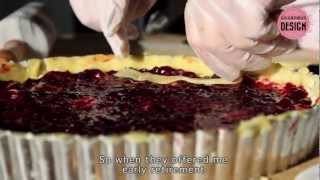 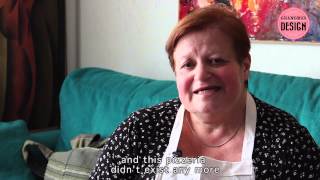 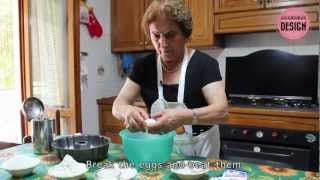 Bonèt is a pudding of ancient origins, typical of the Piemont region. It is based on eggs, sugar, milk, liquor (usually rum) and dry amaretti biscuits. It can be found with or without chocolate or cocoa.The etymology of the name is uncertain and there have been many different versions. In the Piemontese dialect the term “bonèt” indicates a hat or round beret, the form of which recalls the baking tin in the shape of the base of a cone that is used to cook the bonèt in.In fact, the copper baking tins used for baking puddings and flans, were called “bonèt ëd cusin-a”; that is, cooking hat, or chef's beret. The dessert most probably took its name from this type of hat. This is the interpretation given in Vittorio di Sant'Albino’s Piemontese/Italian dictionary in 1859.Another widely known interpretation found in the Langhe, one of the regions of origin of this dessert, postulates that the name recalls a hat because “bonèt” was served at the end of the meal. The hat is the last thing that is put on before a guest leaves, and the “bonèt” was the last course of the meal, topping off all the other courses.

Begin by beating the eggs. Add the sugar, cocoa, coffee, and crushed amaretti biscuits, followed by the rum. In the meantime, heat the milk, and stir this slowly into the mixture to obtain a creamy consistency. Heat the sugar to form caramel, and when this is ready pour it into the bottom of the cake tin.

Then pour the mixture on top. Place the cake tin in a bain-marie, and when the water is about to boil place in the oven to cook for 40 minutes at 200°C. Test it with a knife: if the blade comes out clean it is ready. Turn out onto a serving plate and leave to cool for about an hour