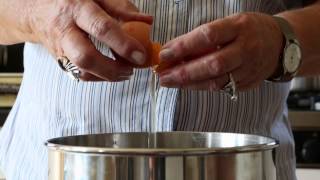 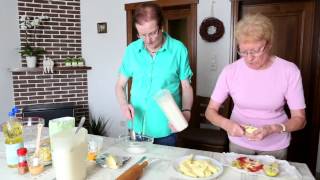 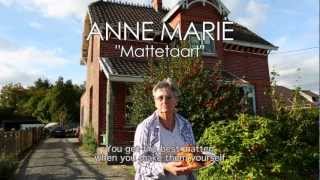 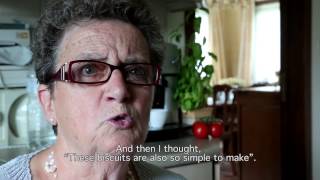 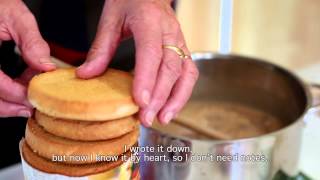 This recipe is very old.  Marie-Therese’s aunt worked as a maid for a very rich family of textile industrialists, called Motte. This family lived in Mouveaux in the north of France, not far from Tourcoing. This region is also called French Flanders, because it was part of Flanders in the past. One of the family members was even a mayor of Roubaix in the twentieth century. This family is still one of the richest families in the north of France. It made its fortune thanks to the textile industry.Marie-Therese’s aunt was a very good friend of the house’s old cook, Marie Delanoye, who died in the 1940s.  Her aunt, Zoë Lambert, never forgot the old recipe she got from that cook. She gave it to Marie-Therese, who stills make it.The rusty colour, which is because of the dark sugar, gives these cookies their name.

Preheat the oven to 180°C. Rub a baking tray with butter. Be sure that the butter is soft. Add the sugar. Mix well. Add the egg and keep on stirring. Sieve the flour into the bowl and mix well. Pour the dough onto the baking tray. Be sure that it’s very thin. Bake it for about 15 minutes at 180°C. Remove from the oven immediately. Cut into 32 pieces.   While the cookies are in the oven you can make the spread. Mix the butter with the sugar. Add one egg yolk. Beat this very well until smooth. Put the batter in a piping bag. Pipe the spread onto half of the cookies. Place the other halves of the cookies on top. Finish with a bit of the spread on top.